After watching “Sense8”, Netflix’ new series from Andy and Lana Wachowski, I was struck by its sincerity and its confidence in directing viewers around the world.

They show us snapshots from around the world of different cultures living. Many times doing nothing more than, just simply living in a moment. “Sense8” is all about these moments.

The character of Nomi (Jamie Clayton) is a deeply personal piece of writing but she is simply one of many characters who have lived double lives. The characters come from lived experience. The Wachowskis can relate to many of them. They know about hidden lives and secret connections. I think that’s why in all of their films (Bound excluding), they fill it with so many actors of colour. A cinematic world without such characters is inauthentic.

In Sense8 they go beyond casting actors of colour in supporting roles where their culture is a character mannerism; they fill it with singular characters who’s race and culture is central to their identity, and they do this without condescending. They are sincere in their willingness to explore characters with cultural and racial experiences and histories far beyond their own. They are one of the few filmmakers unafraid of doing this. They insist humanity is universal.

She says this in an alley-way adorned with graffiti, colourful markers of progress and social sentiment, in the middle of a city that has known many past lives. 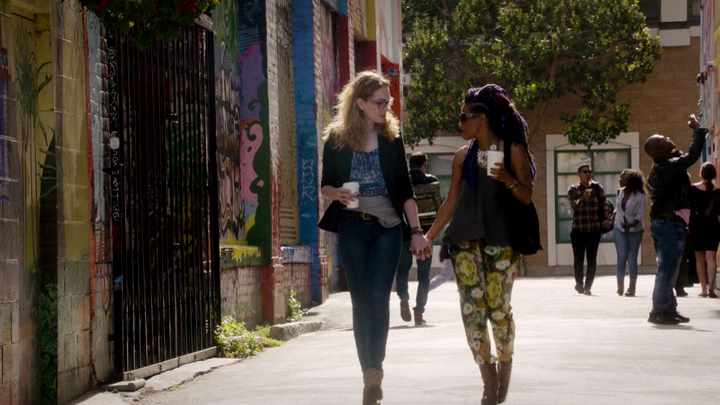 In the same episode, The Wachowski’s take us to Kala’s pre-wedding celebration. In this scene, with great energy, they deliver a showcase one of the world’s greatest celebrations of colour and life, Bollywood cinema. 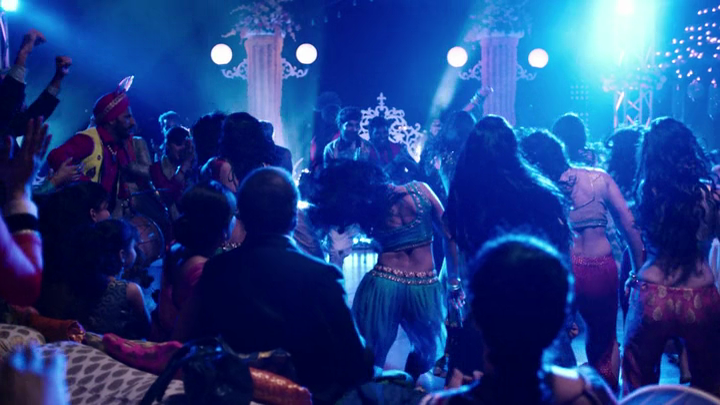 From its costumes to its visuals to the actors and its sex, the colours, the energy — infectious and invigorating, “Sense8” becomes its own life force. Its power is overwhelming.