“John Wick” review: A Gorgeous Meditation on Life and Death

“John Wick” is the most visually appealing action film I have ever seen.

Generally speaking, I don’t like action films. They don’t interest me in the slightest. The tired story lines and boring “at the edge of your seat” chase scenes that have been replicated poorly countless times over leave me yawning rather than gripping at anything. It just doesn’t do it for me. John Wick is different. John Wick is beautiful.

To explain the plot is to explain the cliché of a million action films before it. A retired whatever who is compelled to perform his final whatever for whatever reason that has left him emotionally whatever. As someone older and wiser than me once said “it’s not what the story is about, it’s how the story is about.” John Wick’s “how” hasn’t been seen before.

John Wick is definitely an action film, however there are very obvious elements of fantasy in which an entire “underworld” of New York has been created. The rules in this parallel universe are known and followed by even the baddest baddies who have access to super secret clubs and hotels, where all of their elite super villain needs are met by special super villain goods and services providers, and are subsequently paid for by their own special super villain currency. Wick’s poised character even has a supernatural feel about him, described by those who know him as almost a mythic creature to be feared - the man sent to kill the boogeyman. Fearless, unstoppable, elusive and borderline immortal. John Wick is the ultimate badass. Keanu Reeves’ trademark melancholy and mystery is perfect for Wick because as with most action films the dialogue isn’t fantastic, but of course as with most action films the dialogue isn’t important.

I can’t talk about an action film without talking about the action. While impressive, for me this is the most boring part of the film so I’ll get it out of the way first. Directed by “The Matrix” stuntmen Chad Stahelski and David Leitch, the action in John Wick can almost be described as an homage to action classics. Stahelski and Leitch have a great resume of action films up their sleeves so it’s pretty safe to say they know what works on film. There are minimal car crashes and explosions and they have steered well clear of the constant quick cuts/moving camera fight scenes (think the terrible camera work in “Taken 3”) that are so prevalent in modern action films, which are all obviously devices designed to obscure the choreography (and the stuntmen performing the choreography) to make the audience feel like there is more happening than what really is. Stahelski and Leitch have kept it simple with well choreographed hand to hand/foot/weapon fight scenes, mid-range shots, less cuts and composition that works with the choreography, allowing you to see enough of the action to appreciate it. Simple and very effective.

What makes John Wick stand out above all other action films is the cinematography. The shots and colours used are simply beautiful. The film begins in washed out grey tones as Wick mourns the death of his wife, as we can see in the shot below. 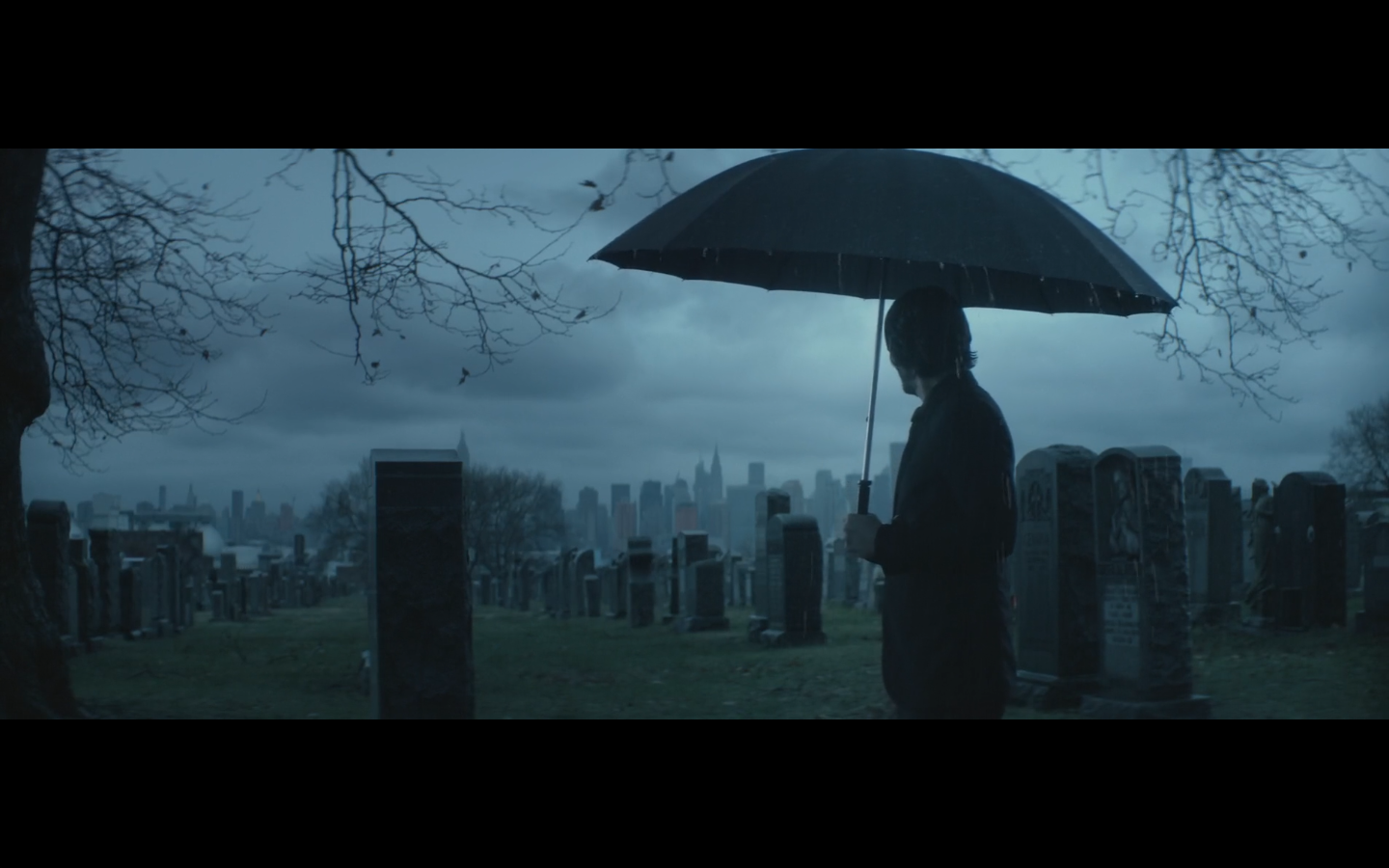 The composition of this shot speaks worlds about the film itself and prepares us for what we’re about to see. Wick has just buried his wife, the colours are obviously a reflection of Wick’s mourning. He is surrounded by death. Even the branches falling down into shot are bare of any life. The tombstones slowly fade into the horizon as they morph into the shapes of the New York city skyline - a city that is so vividly alive. The directors have quite obviously obscured the line between life and death, and we soon learn the living city is the primary setting of where a majority of the death scenes occur in the film.

A puppy arrives on Wick’s doorstep. A gift from the grave. In her dying moments Wick’s wife organised to have a creature so full of unconditional love delivered to him. The lighting starts to warm up as we see Wick’s coldness melt. Wick’s heart is mending. Of course the dog is killed after Wick refuses to sell his car to a bunch of Russian mobsters, otherwise we simply wouldn’t have a movie - and I’m sure we can all agree that murdering a puppy warrants a revenge killing spree! These jerks have taken away Wick’s last symbol of hope, and so the action begins. Wick follows the jerk-faces to New York, the change of setting is a change of reality and suddenly we’re thrown in the hyper-real existence of New York’s villainous underground.

The first time Wick and Iosef “The Dog Murderer” are in the same room we’re catapulted into such a sensory overload that I begin to salivate just at the thought of this sequence. Wick calmly starts to kill his way towards Puppy Milat while enticing deep house music plays in the background - the beautiful voice of Christina Wood (one half of Kaleida) singing “Think of me, I’ll never break your heart”. Wick is surely breaking hearts and it’s giving me goosebumps! The entire sequence is drenched in neon pinks and blues, representative of Wick’s calm anger and pure commitment. Reeves is perfect in this sequence, his tranquility pulls him through the room as he kills undetected. He looks a man in the eye as he stabs him up through the jaw. Drowning in these beautiful neon lights, “I hate your love, your love, your love” sings Kaleida. The look in Wick’s eye is almost a look of love.

Wick is finally standing in front of Iosef The Terrible, who up until now has been arrogant and mocking of people’s warnings of Wick. Iosef finally sees Wick’s true potential and, well, shits himself. Standing in water and surrounded by blue, Wick’s calm and focus swallows him whole. 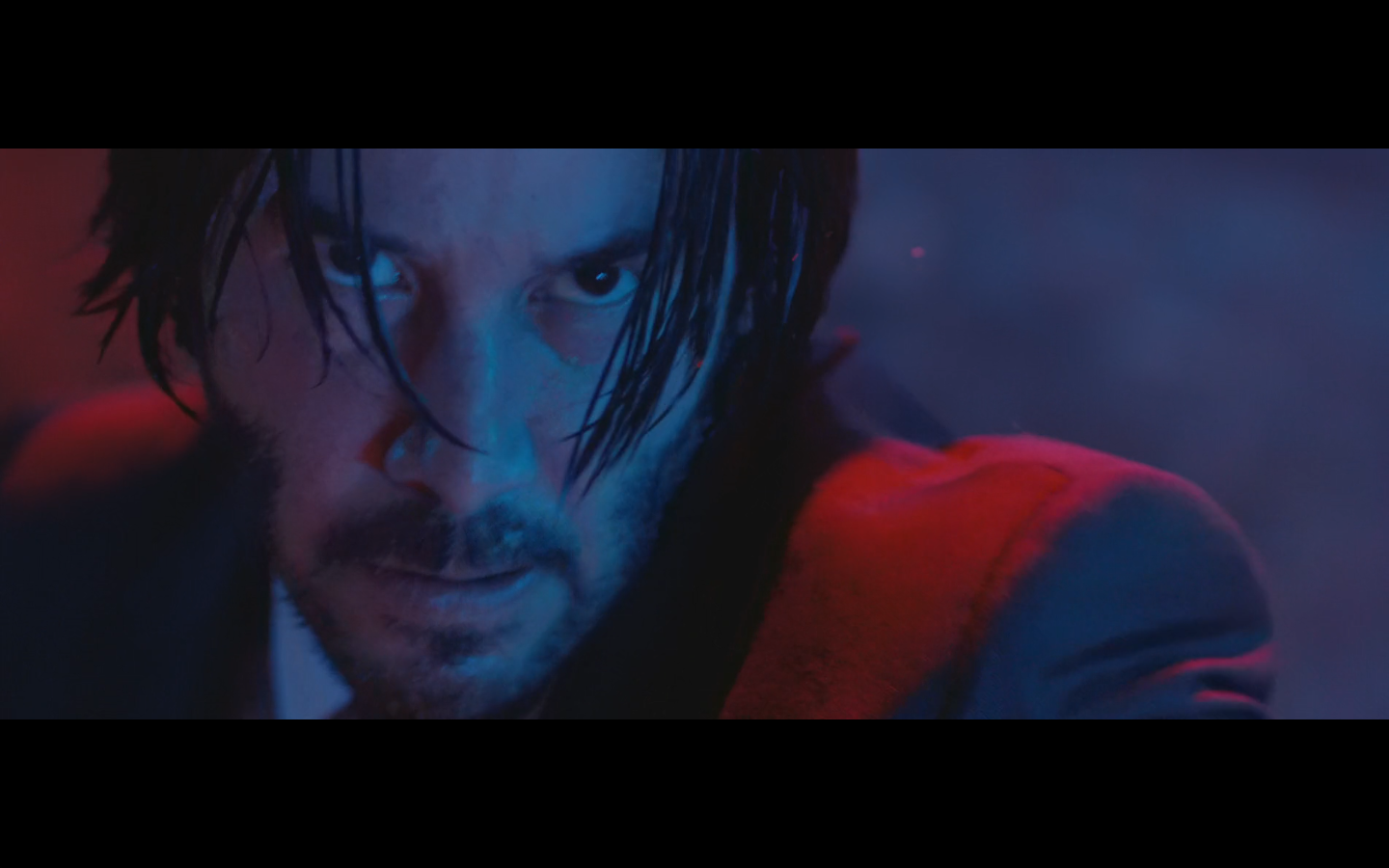 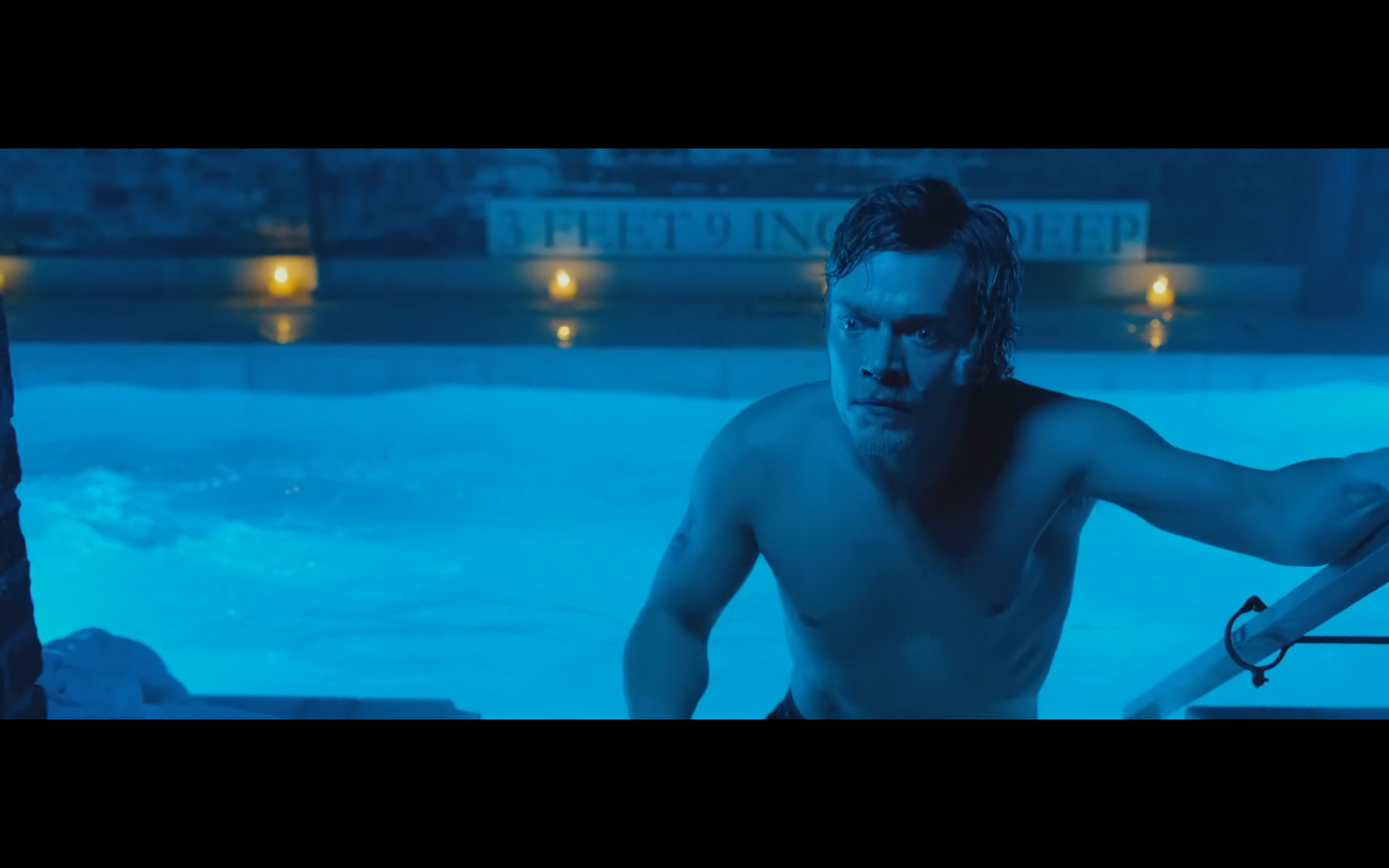 Oh, it’s all just so pretty! The extreme juxtaposition of the hypnotic atmosphere with this hideous violence taking place is captivating.

The final shot I’d like to quickly talk about takes place coincidentally (not) enough after Wick has set fire to a church. I’m not spoiling anything when I tell you Wick has been captured and beaten. C’mon, it happens to the hero in every action film, and like I mentioned, the storyline isn’t anything new. As with the first shot I mentioned, we see another that tells the audience what is about to happen before the action takes place. 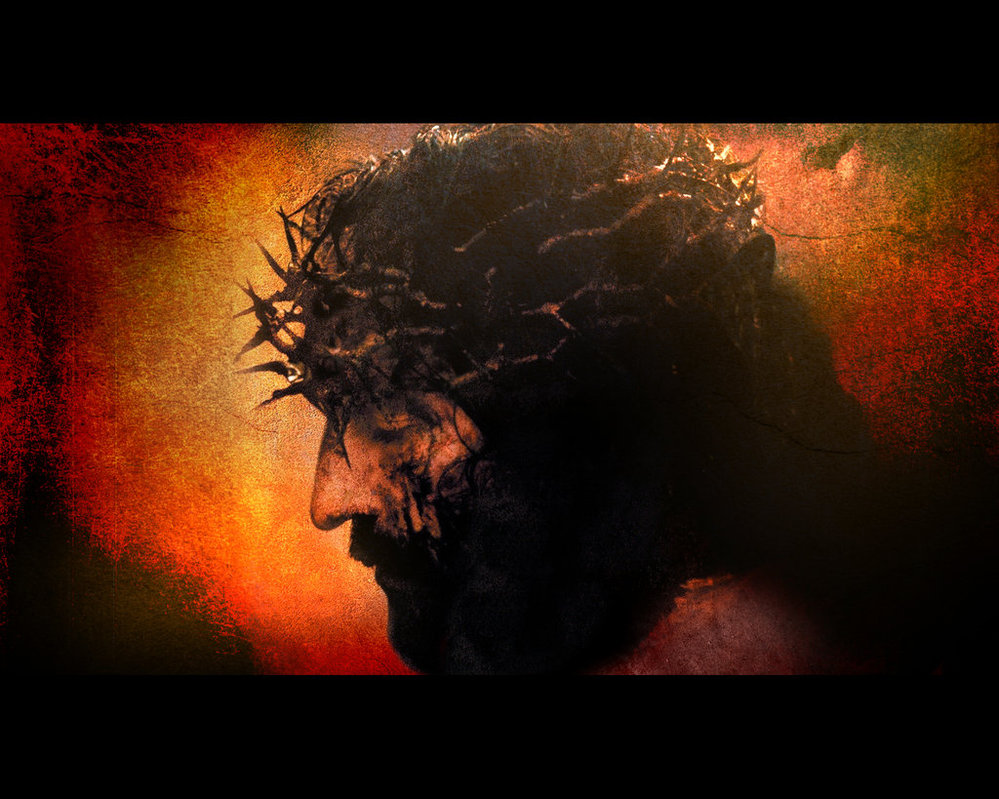 Oh whoops! Sorry, wrong pic. That’s from the poster for The Passion of The Christ. Here is the right shot - 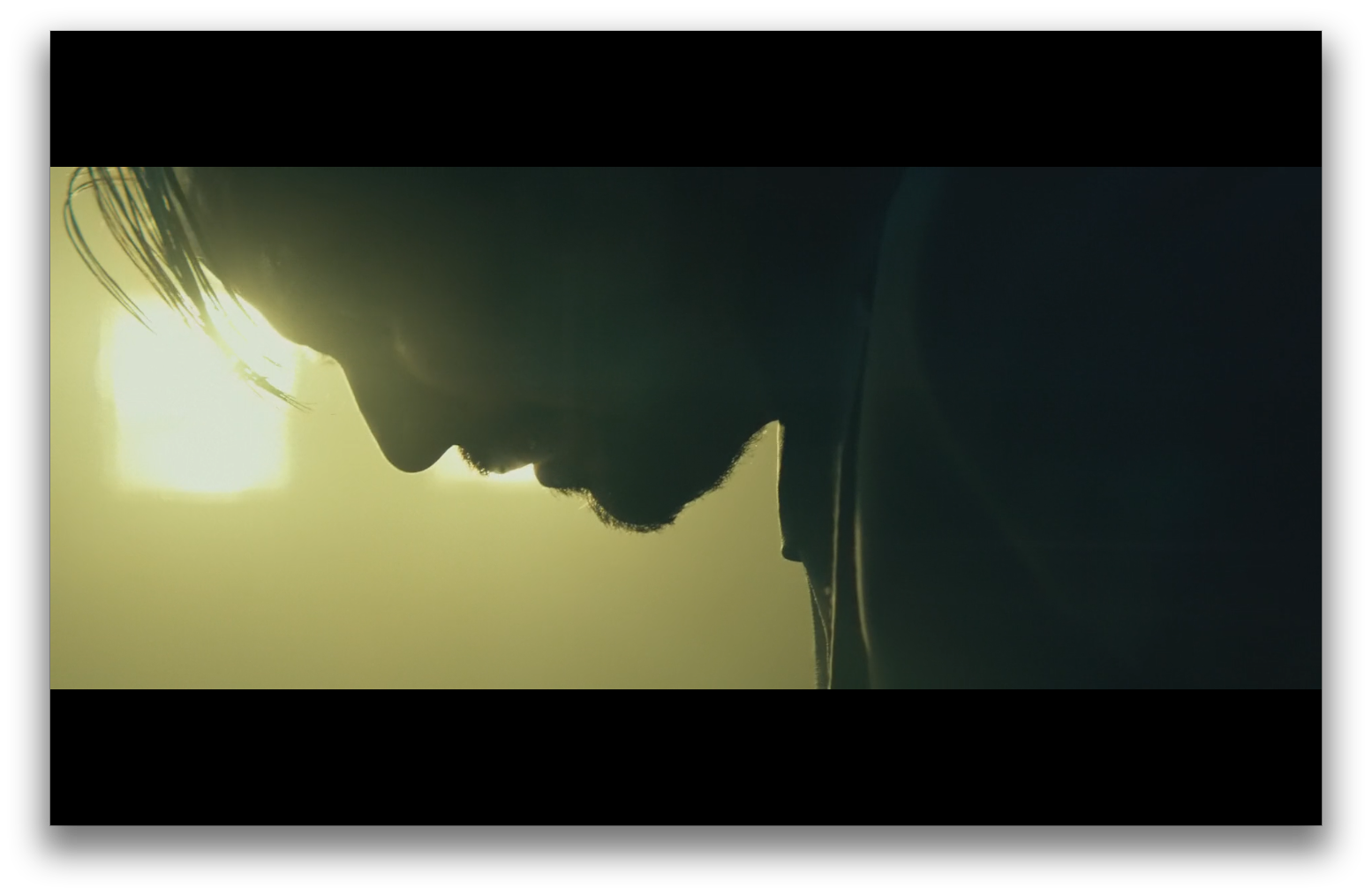 Wick has not been defeated. His spirit has not been dampened. We’re literally witnessing Wick’s resurrection. The lines between life and death have been blurred again and we may as well be back in that graveyard. I won’t go on too much about how this shot is reminiscent of religious imagery or why it would possibly take place after Wick burns down a church. It’s pretty self-explanatory, really. But Wick can save my soul any day!

I hate action films. I really hate violence. I ESPECIALLY hate any film where an animal is a victim. So the fact that I am so excited about “John Wick” is pretty special. I could continue on forever about the millions of reasons why I think this film is such a standout, but I won’t. As debut directors, Stahelski and Leitch have done a great job at creating an action film that steps away from the drivel the market is used to and is pushing artistic boundaries. I highly recommend you see this film. Even if it’s not for the gorgeous cinematography or to perve on the beautiful creature that is Keanu Reeves, you get to see 84 guys get killed with some classic gun-fu moves.