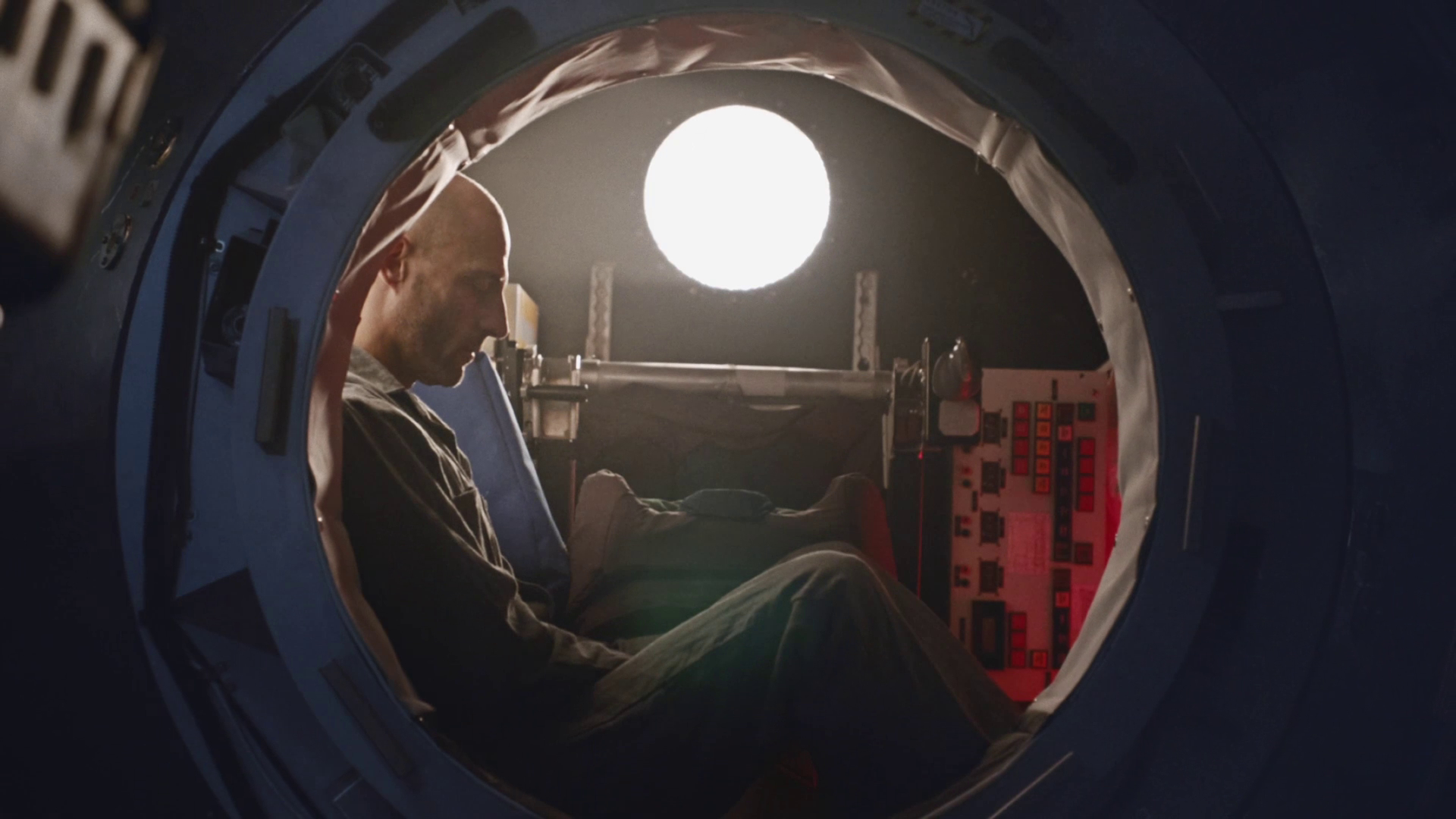 Mark Elijah Rosenberg writes and directs his first feature, “Approaching the Unknown”, with a keen appreciation of scientific ingenuity and human life but without an understanding of the artistry required to translate these ideas into a cinematic experience.

The story focuses on astronaut William Stanaforth (Mark Strong), as he embarks on a near two-year journey to Mars to make the foundations of a human colony on the planet. He is followed by Emily Maddox (Sanaa Lathan), who leaves several weeks after Stanaforth, I can only presume as a redundancy, given that Stanaforth seems very much capable of running his own operation. He has developed a machine that can draw water from soil which of course would allow the greatest chance for humans to settle.

Rosenberg makes a wise storytelling decision in leaving out a reason for human colonisation of Mars—there’s no great environmental catastrophe that requires the mission to succeed for humanity to survive. Instead the film is imbued with a sense of the Now—modern audiences are already familiar with the reasons why mankind’s survival will most likely require colonisation of another planet. Survival, not curiosity, drives exploration. “Approaching the Unknown” understands this.

Stanaforth is consumed with survival and its endgame. He seems to welcome the idea of being the first person to die on another planet. Early on he intones, “Nobody has lived on Mars. Nobody has died there either.”

Because the film is largely confined to Stanaforth’s ship cabin—and Rosenberg is yet to develop confidence in his own style and artistry—it relies on voiceovers as its cinematic narration. It works in a practical sense as we see Stanaforth reflecting into handwritten and video diaries however it undercuts any imagination of character Strong could have been directed to portray. There are many thoughts that could have been better shown in composition, blocking and performance.

Strong is a smart casting choice for the role—he and his suit look like something from a Googie art piece. The art direction recalls the clean lines of “2001: A Space Odyssey” and analog-worship in Ridley Scott’s “Alien”.

Throughout the journey, Stanaforth converses and confides to his ground commander and friend, Louis ‘Skinny’ Skinner (Luke Wilson), who plays the character reservedly. There are some odd anachronisms throughout their dialogue—despite being friends (we assume from several flashbacks), Skinner always refers to him in a formal capacity, “Stanaforth”.

The trip will be familiar to anyone who has read or seen other science fiction films—the wonder of space travel wears off once you realise you have two years to spend in a small space. Survival, much like on Earth, is still aligned to repetition—eating, working, exercising, recreation. Rosenberg sees the real work of science and discovery, much like life, is monotonous and requires dedication to the mundane.

By not providing Stanaforth with the personal motivation we’ve come to expect—there’s no running away from grief here—the film sets itself up to be a great meditation on human life and survival and it is successful in some respects. It did make me think about the film’s philosophy which is what is required of great science fiction. Beyond the molecules, atoms and chemical reactions, what defines the will to survive? Is there something else required—the purely transcendent and indescribable—that defines the human experience?

I appreciated Rosenberg’s dedication to discussing the transcendent even if his artistry is not yet able to overwhelm me. It falls short in its suggestion. The photography is an extension of the films analytical process—there is an action and the visual cuts to show each part of the action. The editing gets bogged down in the minutiae of human action when what we need most is to feel the immense improbability of Stanaforth surviving—the binary of the small human world and the infinite beyond.

The great unknowns of the universe and time and our place within all of it—these are universally human questions that Stanaforth sees as the greatest reason for dying on Mars. It is the same in our own world as it is for Stanaforth’s—Mars is about more than survival.

It’s an achievement that further augments our own evolution and raises more questions than answers about what it means to be human in a universe so indifferent to our existence.